A few things haven't gone quite as planned lately.  Firstly, I wasn't supposed to be ill during the peak busy survey season - languishing at home watching Netflix while others did the work I'm supposed to specialise in.  Then secondly, at the end of May I was supposed to be away on a climbing trip with Nick.  That's right. Me. Away.  The first multi-day trip exclusively dedicated to climbing since 2014.  But a week before the off poor old Nick fractured his ankle while out running.  So that was that.

I sent out a rumble on the jungle drums to see if I could find a Carter replacement, but the best I could muster was stringing together several partners up here, so I did that instead. On the plus side, it meant that I could keep a few days of leave to utilise if there's good weather later in the summer.  Despite not being away, it felt so nice to have multiple days climbing in a row, something that life just doesn't seem to afford these days.  Here's a tedious blow by blow account:

Day 1: Creag nan Cadhag with Murdo
Summertime sport (until the sun comes round at 4pm).  Drip, drip, drip, one of the original 7as who's name says it all, was dry so I had to cash in. Murdo described it as like an esoteric ice route that rarely forms, so when it's in condition you have to do it.  I very nearly didn't as the crux pulling onto the slab was a reminder that I've not pulled on small holds for a while, but it eventually gave in.  A class route.  Next up was The Greek Exit, a 7a that breaks out of Axe Grinder, the original 7a+. By then I might have been tired, but it felt as hard as it's parent route did when I did it last October.  3rd redpoint, last go of the day.  Got it by a ball hair, as the locals say. 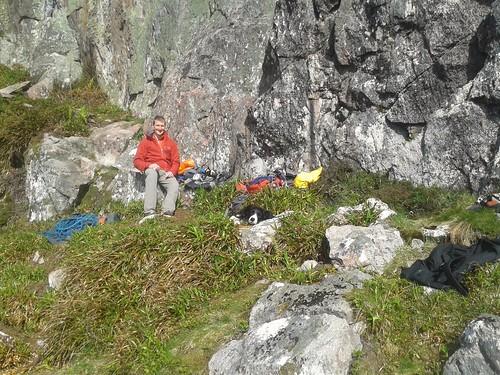 Day 3: Seanna Mheallan with Tess
Despite really loving Torridon and bouldering on the redstone I don't have a good track record with routes there.  Today was no exception, falling off a route I backed off about 5 years previously (Mark of a Skyver, E2 5c).  Not great for the confidence, and a clear sign that crag classic The Torridonian will have to wait.  Tess did a couple of good routes (Crack of Ages and Edge of Enlightenment) and as I topped out on a pleasant E1 Left in the Lurch the threatening heavens opened and she had to follow in full waterproofs.  Game over.

Day 5: Ashie Fort and Duntelchaig with Murdo
I'm still not sure how I persuaded Tain's best all rounder to visit Inverness' premier conglomerate trad crag, but there we were.  Ruby Tuesday E2 5b was a nice start, but clearly not enough of a warm up as shortly afterwards I was slumped on a cam on Brain Damage E3 6a.  I guess 10 metre E3s that have 5 metres of VS at the start are bound to have hard moves. Deep down I knew I was lacking the trad grit required for such endeavors.  Then we went over to Duntelchaig so I could pay Murdo back for his patience. He had his eyes on Bett's Transvision Clamp. It was given E6 6b by a presumably on-form Rich after headpointing, so full marks to Murdo for trying it on-sight. Murdo's not exactly shit these days (he'll love this), but after a valiant effort he realised it was hard, techy and involving fiddly small gear.  In the end he decided that he'd need to come back and have a try on a rope. A day of unfinished business for both of us. 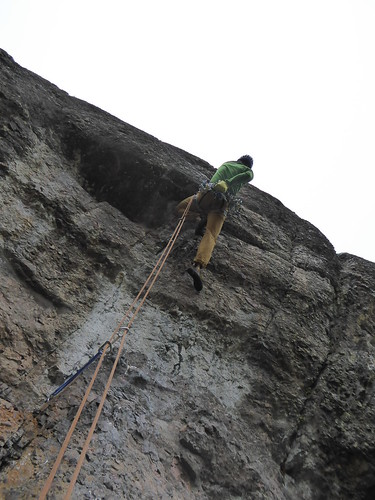 Me about to get flamed on Brain Damage. (Photo: Murdo Jamieson)


Day 6: The Camel with Murdo
My excuse is that I was tired from the previous day's spanking on a 10 metre route, but this turned into the low point of the 'trip'.  Stone of Destiny was no warm up, Inverarnie Schwarzenegger was ny on impossible.  The less said the better.  Manwhile, Murdo climbed a life's ticklist of routes in a few hours. Dick.

Day 9: Secret Sport Crag with Ian
The heatwave struck and we had 2 options: Secret Sport Crag or the mountains.  We plumped for the former, one of the latest offerings from the beady eye of Andy Wilby and perhaps my favourite so far. I'm not sure how top secret it is, so I'll not witter on too much, but the routes I did were ace, and there's plenty to return for. 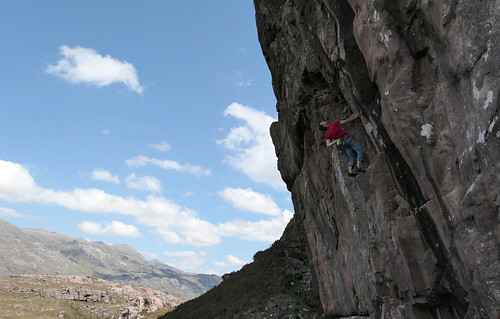 Day 10: Shelterstone with Mhairi
Day 2 of the heatwave, so we headed into the hills for Mhairi's first mountain route. It was so lovely to be back in the Cairngorms, over the back and dropping into the Avon basin, a reminder of the days I used to spend over there when I lived in Aviemore.  Super classic E2 Steeple had somehow been missing from my C.V. so we plumped for that, relishing 7 pitches from basin to plateau on a gorgeous blue sky day. Mhairi acquitted herself brilliantly, as expected, and not a bad introduction to climbing in the hills. The only problem is that it doesn't get much better than that, so she might as well give up and become a boulderer now. 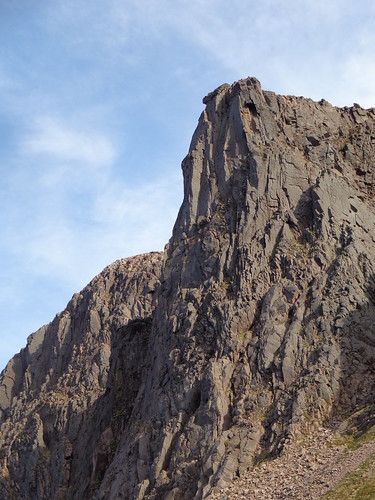 Ashie Fort, or some other crag. They're all the same.

Day 12: Goat Crag with Tess
It was a funny old forecast, supposed to be chilly with showers so we thought about Am Fasgadh, but it was actually pretty warm so we went uphill to Goat.  After another failure to warm up on a 6c+ and minor toy throwing out of pram session I decided to open an account on Batman and Robin, a route I'd wanted to try for ages (and one of the few dry routes that day).  After a working go I managed to power-out twice in a row with just one move to go. Then the arms gave up.  More unfinished business.

Day 13, The Last Day: Goat Crag with Mhairi
Predictably, I managed to persuade Mhairi that she wanted to go to Goat (which, to be fair, she did). After warming up on the actual warm up (rather than the local's warm up), Batman and Robin went down first go after putting the clips in. Phew, first 7b for a while. Or is it 7a+?  Regardless, another gratuitous tick and just in time to massage my ego through the dark days back at the office.


Thanks to all the folks I climbed with.  Perhaps next trip I go on I'll actually leave the house.
Posted by Gaz Marshall at 20:56 No comments: