The arrival of winter sends me out in search of primo bouldering conditions.  I did one winter route last week, enough to remind me that I don't really like mixed climbing.  Too much grovelling, shuffling and digging and not enough actual climbing.  No doubt if I climbed harder the balance of interesting movement would start to tip in my favour, but I'm not very good, and for now not that fussed.

Here's a few from the last two weekends of flaskhugging-toefreezing-fingerrasping rock desperation: 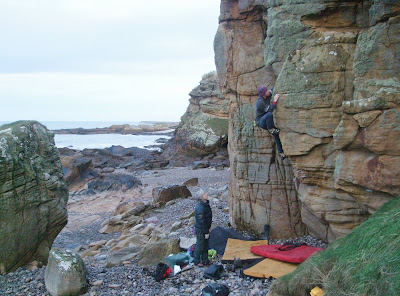 Highball Arete at Cummingston, normally a good bet when it's cold and snowy inland. 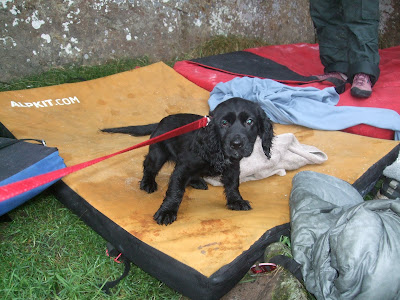 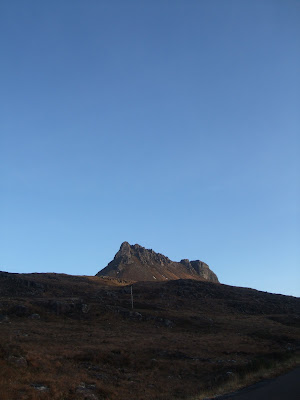 What it's all about:
Cold, blue sky days in the North West.  Stac Pollaidh shimmers above Reiff in the Woods. 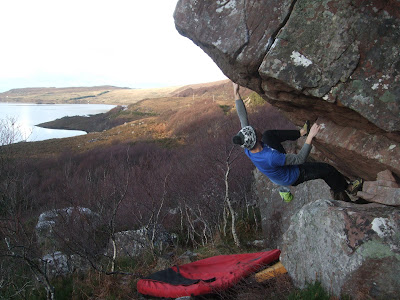 Rich in classic TP&QC pose at Reiff in the Woods 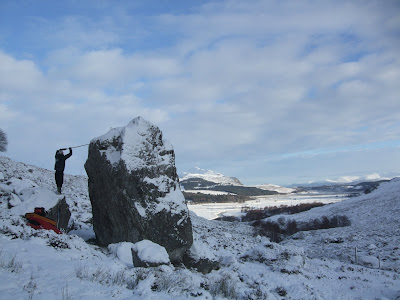 Necessity is the mother of invention: Rich cleans snow from the top of Gale Force at Laggan 2
Posted by Gaz Marshall at 16:59 No comments:

While transferring files from my old laptop to my new one I stumbled across a load of forgotten video files. They were all of boulder problems that I've done in the random and obscure places I've found myself across Scotland over the last few years. I wasn't sure what to do with them, but in the end decided to edit them together into the wee film linked below. I think it's a nice testament to the amount of untapped potential there is out there and also a display of how desperate I must have sometimes been!

For some reason embedding from Vimeo isn't working, so the link is here.
Posted by Gaz Marshall at 20:43 1 comment:

A 2 goes on anything, anything goes on a 2. You can only play lower than the card underneath a 7. 8 is transparent. 9: miss a go. 10 burns the pack. First to lose all their cards wins. No finish on a power card. Aces high. 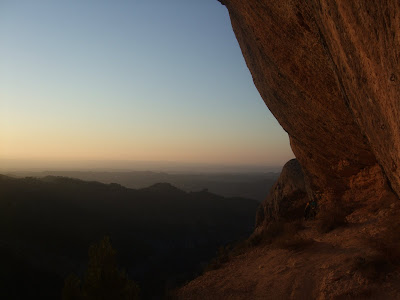 When you add it all up, you spend more time on climbing trips resting and travelling than you do at the crag, especially on a budget Euro sport climbing holiday. You've got to find ways to pass the time: good books, nice food, a pack of cards. The game du jour at Jordy's refugio in Margalef was the schoolboys classic; Shithead. The evenings and rest days just flew by.

I tagged onto the last week of a three week Spanish sport trip of a Scottish-Welsh team who'd started in Margalef, moved north to Terradets and then returned to Margalef when I turned up. I knew the Scottish contingent - the Fyffe, Fat Tony and Young Gun Murdo - and vaguely knew Guy from his days at the Ice Factor, but Baby Dave, the John Orr Boom Express and Youngest Gun Callum were all Welsh-based and new to me. One of the great things about being a climber is you instantly have things in common with other climbers, so I had a great week getting to know them, exploring the crags and, naturally, playing endless amounts of Shithead. It was on my last night that I realised that I was the only one of us that hadn't onsighted E6 or Scottish VIII, or both. Punter. 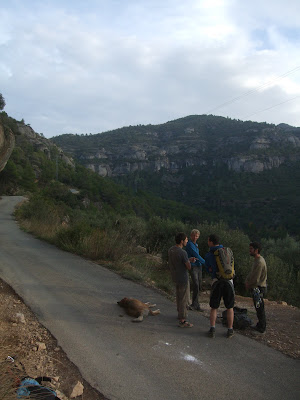 Who killed the dog? 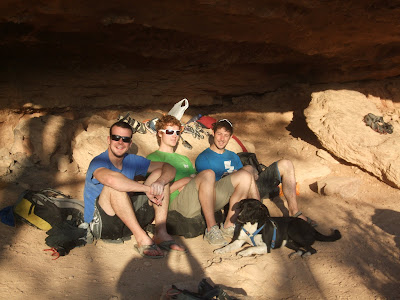 The boys pick up another random dog

As I've probably complained about recently, I've not really had a chance to climb much in the last couple of months, so I was pretty psyched to get out there, clock up a few routes with low expectations and see how things went. The weather generally played ball, with a few showers to begin with but enough dry rock to get routes done, then a mega-wet day to rest, then three days of cloudless skies to burnout, then home-time. I was pretty pleased with the final score - daily 6c onsights, a 7a onsight (or 2, depending on which guide you look in) and taking the lob with my hands above the chain on a 7a flash (or 7a+, depending which guide you look at) 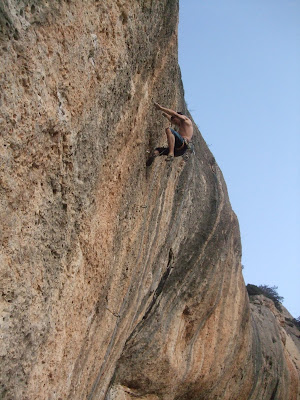 Dave redpointing 7c+ at The Hermitage.
It's a great place, climbing on funky pocket-and-pebble conglomerate limestone, with tonnes of different crags, so many routes of differing styles, and even more crags that are still untouched. I'm already excited about the return.
Posted by Gaz Marshall at 19:38 No comments: